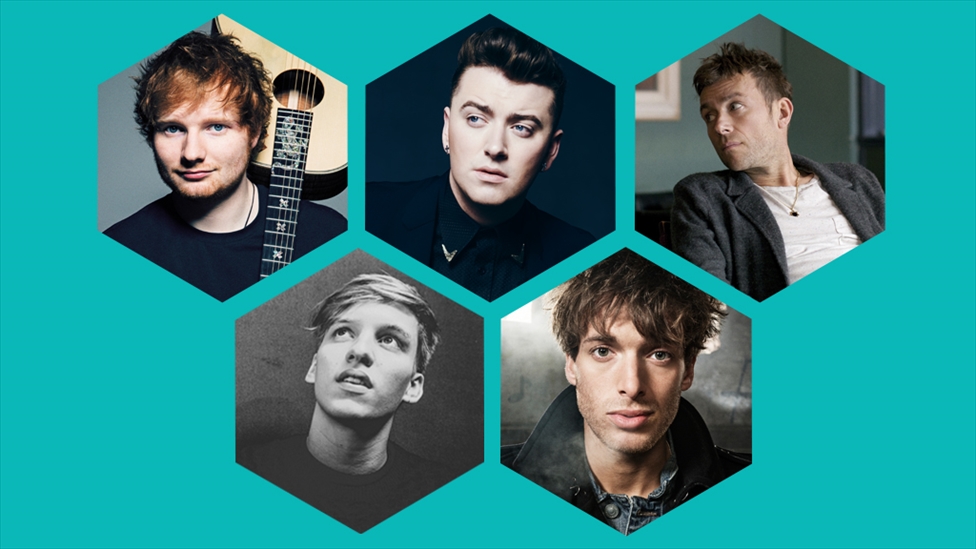 George Ezra plays the young pretender as he battles it out against long-established BRITs names to be awarded the BRIT Award for British Male Solo Artist.

Damon Albarn is certainly no stranger to The BRITs. He has been nominated a whopping 28 times; 19 as part of Blur (of which the band won 5) and 9 as part of Gorillaz. In 2012, Blur were awarded the Outstanding Contribution to Music award at the 2012 BRIT Awards.

Another nominee with a long history at The BRIT Awards is Paolo Nutini. He has twice before been nominated in this category; first in 2007 and then again in 2010, losing out to James Morrison and Dizzee Rascal respectively. Could 2015 be his year?

Ed Sheeran previously won this category in 2012, along with the award for British Breakthrough. This year sees Ed up for two awards: British Male and MasterCard British Album for ‘X’.

2014 BRITs Critics’ Choice Award winner Sam Smith is up for a total of three awards in 2015: British Male, British Breakthrough and once again battling  Ed Sheeran in the MasterCard British Album category, for his debut ‘In The Lonely Hour’. Sam will also be performing at this year’s ceremony.