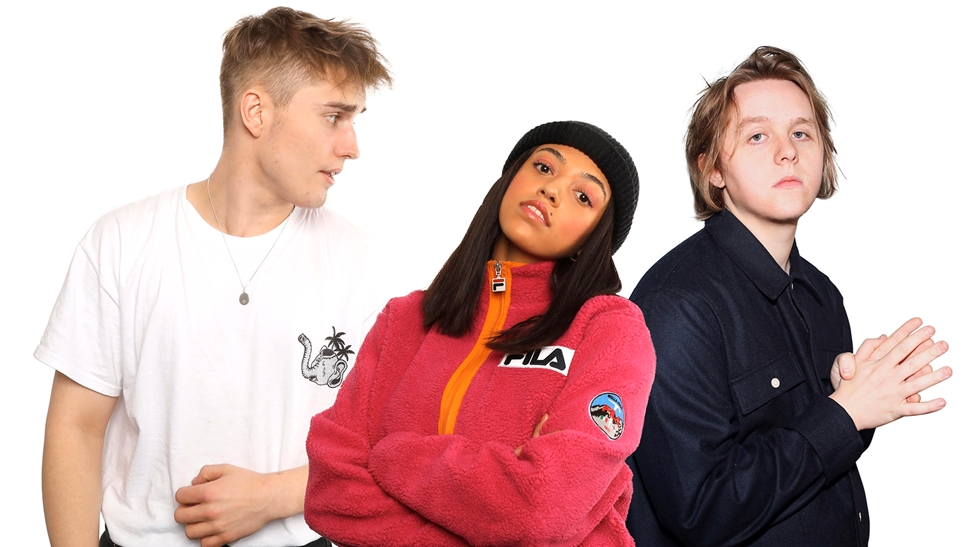 We are incredibly excited to announce that Lewis Capaldi, Mahalia and Sam Fender have been shortlisted for the 2019 Critics’ Choice award!

Hailing from West Lothian, the Midlands and North Shields respectively, and spanning a mix of musical genres including pop, rock, R&B and soul, the three wave-making artists are now in line for the coveted award, which has successfully predicted the future stars of British music over the last decade.

Previous winners of the award include Adele, Sam Smith, Florence + The Machine, Rag‘n’Bone Man, and last year’s recipient Jorja Smith, who have all gone on to achieve incredible chart success both in the UK and internationally. Collectively, our Critics’ Choice winners have sold over 90 million albums worldwide.

Scottish singer-songwriter Lewis Capaldi has had an incredible year since his debut track ‘Bruises’ exploded online last year. To date, he has sold a staggering 50,000 headline show tickets, been added to the Radio 1 Brit List, amassed nearly 250 million plays for his handful of tracks across streaming services, including his Radio 1 A-Listed single 'Grace', and four sold-out back to back headline tours, as well as opening for Sam Smith's UK & EU arena tour. Following his recent sell-out headline show at London's O2 Shepherds Bush and his BBC Radio 1 Live Lounge session, he is set to hit the road in UK and Europe with Bastille next February.

"Absolutely honoured to have been shortlisted for this year’s BRITs Critics’ Choice award alongside two unreal artists. Genuinely cannot believe I’m being included in something like this and do not think I’ve done enough to be deserving of it! That being said, from here on in I will insist that those around me, including my mother and father, refer to me only as 'BRITs Critics’ Choice Award Nominee, Lewis Capaldi."

From Leicester, R&B singer Mahalia has enjoyed a string of releases, picking up support from the likes of i-D, MTV, The Fader, The Guardian and the Independent along the way. Notable musical collaborations include Little Simz and Kojey Radical, and her breakthrough track ‘Sober’ achieved over 20 million streams worldwide and 8.5 million YouTube views. Mahalia has toured with likes of Ed Sheeran, Emeli Sande, and more recently, last year’s Critics’ Choice winner Jorja Smith.

“I can’t believe it. I’m truly honoured to be nominated for the BRITs Critics’ Choice Award. The last year has been surreal say the least but this really is the cherry on top. Thank you so much to all those who voted for me.”

Very little has stood in the way of Sam Fender and his rapid ascent over the past few months. Having toured the UK and Europe relentlessly, building himself a loyal army of fans, this young Newcastle based musician writes honestly and candidly about subjects of social and generational significance, drawn from his experiences growing up in the North East. The recently released debut EP ‘Dead Boys’ is an impactful statement of intent, recorded in his warehouse studio by the River Tyne.

“I’ve been watching The BRITs since I was a child, and my brother would let me stay up and watch them live; so to be nominated for the Critics’ Choice award is crazy.  What an honour! A big thank you to anyone who has put their faith in my music.”

Our Critics’ Choice Award is chosen by an invited panel of music editors and critics of national press and online music editors, plus heads of music at major radio and music TV stations. The award is open to British artists who have not yet achieved a Top 40 album success (as of 31st October of this year).

The 2019 Critics' Choice Award winner will be announced on Friday 7th and will be the first recipient of the specially designed Sir David Adjaye award.

The BRIT Awards 2019 with Mastercard will be broadcast live on ITV on Wednesday 20th February from The O2 Arena, London.