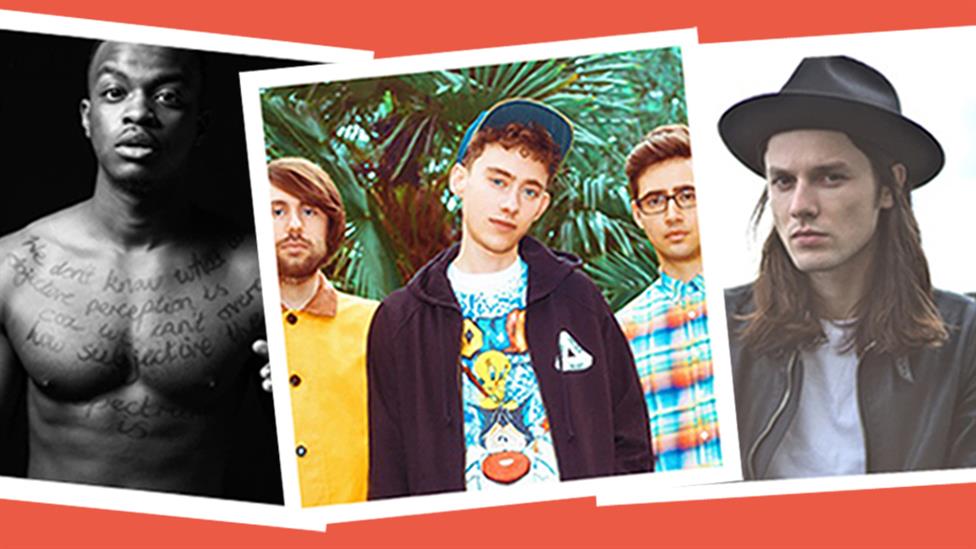 The votes are in and the three nominees for this year’s BRITs Critics’ Choice Award have been revealed! Spoken word artist George The Poet, singer-songwriter James Bay and electro-pop trio Years & Years will all battle it out to be crowned Critics’ Choice for 2015.

George The Poet - real name George Mpanga - is a 23 year-old spoken word performer and social commentator hailing from North-West London. Mpanga started performing rap and grime at 15 but when he went to Cambridge University (to study Politics, Psychology and Sociology) he made the move towards spoken word poetry.

On his nomination, George said: “I feel privileged to have been shortlisted for the BRITs Critics’ Choice Award. I always dreamed of reaching people and this nomination shows me that I’m on track.”

James Bay is a 24 year-old guitarist and singer-songwriter from Hertfordshire. He has already been moving in the right circles supporting Hozier, Tom Odell and John Newman on tour. You might recognise him thanks to his trademark hat, which also features in the artwork of his singles.

James said of his nomination: “I still can't believe it. As much as I hoped, being nominated for the BRITs Critics’ Choice Award is not something I ever imagined would actually happen. What a huge honour.”

Years & Years are Olly Alexander (vocals), Emre Turkmen (synth and beats) and Mikey Goldsworthy (synth and bass). The trio formed in 2010 after Mikey and Emre met in an online forum and Mikey heard Olly singing in the shower at a friend’s house! Years & Years are currently on tour with 2014 Critics’ Choice Award winner Sam Smith across Europe.

Speaking about their nomination, the band said: "Having grown up watching the BRITs we're unbelievably honoured and to be honest quite overwhelmed to be included in the Critics’ Choice Award. We're so grateful to be making music and having this sort of recognition is crazy and ridiculous and nuts in a really good way. Thanks BRITs!"

The award nominees are selected by a panel of music industry experts and tastemakers including music editors of national newspapers, magazines and websites as well as key players from major TV and radio stations.

In order to be eligible, artists must be signed to a record label and set to release their debut album in 2015. This year’s nominees were selected from a list of over 100 candidates from a variety of music genres.

This year’s winner will be announced on Thursday 4 December.

On our YouTube channel you can watch an interview with Sam Smith reflecting on his Critics' Choice win in 2014 and find out more about the previous winners of the award.