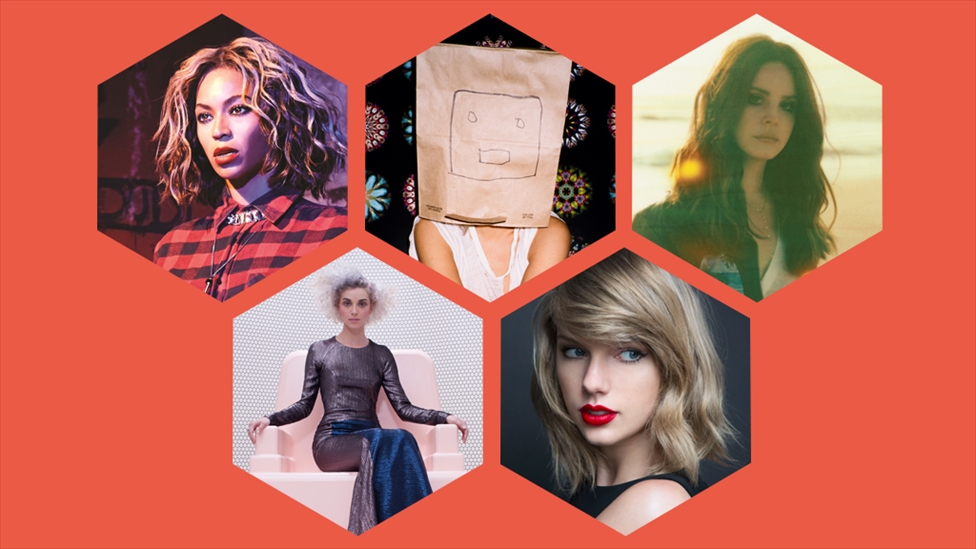 Despite nearly 20 years in and around the music industry, 2015 is Sia’s first BRIT Awards. St. Vincent too is a seasoned performer but first-time BRITs nominee in 2015. Will either of them be able to pip BRITs veterans Beyonce, Taylor Swift and Lana Del Rey to the trophy?

Taylor Swift performed ‘Trouble’ at The BRITs 2013, a year in which she was nominated in this same category, losing out to fellow 2015 nominee Lana Del Rey. Taylor’s first BRIT nomination was back in 2010 when she was nominated in the International Breakthrough Act category, which went to Lady Gaga (who took home a total of three trophies that night).

Other than her 2013 International Female win, Lana Del Rey has one other BRIT in her trophy cabinet: she also won the award for International Breakthrough the previous year, beating Aloe Blacc, Bon Iver, Foster the People and Nicki Minaj.