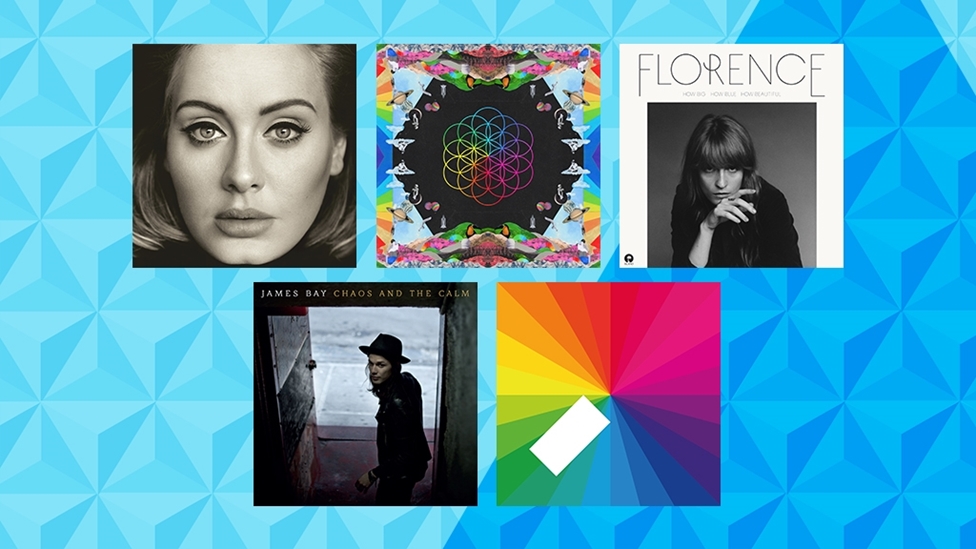 The BRIT Award for MasterCard British Album of the Year is hotly contested each year and 2016 is no different. Adele, Coldplay, Florence + the Machine, James Bay and Jamie xx go head-to-head for arguably the biggest award of the night.

Since winning the BRITs Critics’ Choice Award last year, James Bay’s album ‘Chaos and the Calm’ hit the top spot in the UK album charts. At BRITs 2016, James Bay has a total of four nominations, a feat that leaves him tied with Adele and Years & Years for the greatest number of nominations at The BRIT Awards 2016.

Adele broke her four year silence and released her third album ‘25’ in November. It has since spent seven weeks at No. 1 in the UK album chart. Adele won the trophy for MasterCard British Album in 2012 for her second album, ‘21’. That same year, she also won British Female Solo Artist and went on to win British Single in 2013 for ‘Skyfall’. Of course, Adele was the very first winner of the BRITs Critics’ Choice Award, way back in 2008.

Coldplay’s nomination for their 2015 release, ‘A Head Full of Dreams’ marks their 23rd BRITs nomination! Over the years, they’ve won eight BRIT trophies, including three British Album wins, for ‘Parachutes’, ‘A Rush of Blood to the Head’ and ‘X & Y’.

At the other end of the scale, this is Jamie xx’s first ever BRIT nomination as a solo artist. Although, in 2011 he was nominated for three awards (including MasterCard British Album) as part of his band, The xx.

The BRIT Awards 2016 take place at London’s O2 Arena on 24 February and will be broadcast live on ITV at 8pm GMT. See all the nominations here.