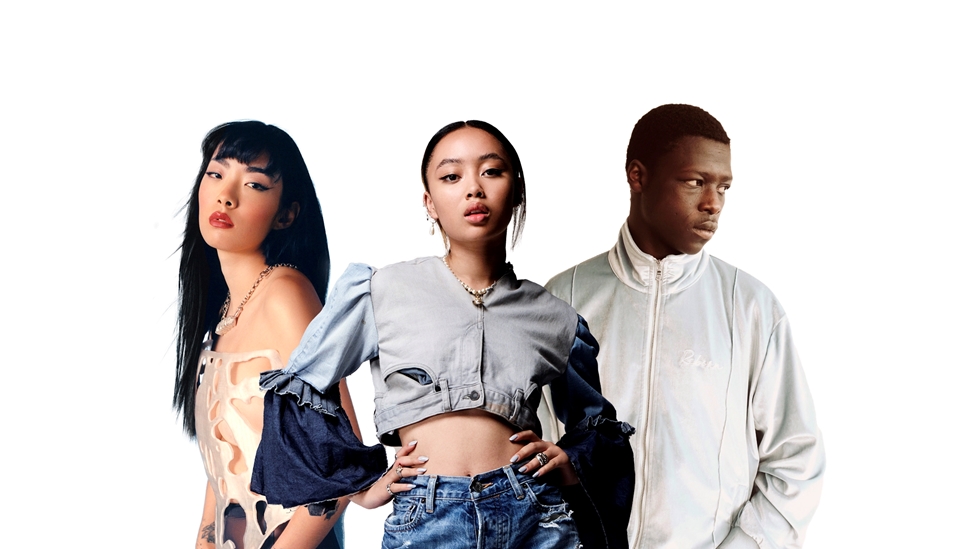 We're beyond happy to announce our shortlist for the 2021 Rising Star Award supported by BBC Radio 1, with the winner being announced on Friday 19th March!

Selected by an invited panel of music editors, critics from the national press, online music editors, heads of music at major radio and music TV stations and more, we've whittled it down to three incredible artists who are set to take the industry by storm.

The award, which evolved from its original name of BRITs Critics' Choice last year, has been instrumental in launching the careers of some of the biggest UK artists such as Adele, Florence + The Machine, Sam Smith, Rag 'N' Bone Man, Ellie Goulding, and last year's winner, Celeste. The global album sales for all winners combined currently sits at over 135 million.

20-year-old Griff grew up in Kings Langley in Hertfordshire, as the daughter of a Chinese mother and a Jamaican father, and was just eleven when she started making music. In 2019 she signed to Warner Records, picked up her first Radio 1 play from Annie Mac, and last summer she was nominated for the first ever Rising Star Ivor Novello Award. Under lockdown she released two hugely acclaimed singles, 'Forgive Myself' (complete with a video shot at home on her iPhone), and 'Say It Again'. Collaborations have since followed with electronic duo Honne (1,000,000 X Better) and producer Zedd (on his single, 'Inside Out'), and her current single 'Black Hole' is her biggest airplay record to date. In spite of the pandemic, Griff closed out 2020 with three more pinch-yourself moments. She took over the Tate Modern for her second ever London show, and was then unveiled as the voice behind Disney's first ever Christmas ad campaign, which surpassed 70 million+ views in a couple of weeks (Disney's most reactive post to date), and secured Griff her first charting single plus a place in the Top 5 in the BBC's Sound of 2021 Poll.

Griff on being nominated for the Rising Star Award:
"It's kinda terrifying how many legends have been nominated for this award. I never ever ever expected making beats in my music room after school could eventually lead to a BRIT nomination. Super lame but I remember after school, catching up on the BRITs and crying watching Stormzy perform. And I don't think I really knew what that emotion was at the time but I think it was just an overwhelming sense of aspiration. So to be nominated for a BRIT award three years on is completely surreal!!!!"

In the space of just one year, Gambian-by-way-of-Coventry artist Pa Salieu has achieved more than most artists have in their entire career. In January of 2020, Pa released his breakout single 'Frontline' which quickly became one of the most played tracks across BBC 1Xtra. Now just over thirteen months later, Pa's uncompromising sound palette and singular artist vision has seen him win the BBC Sound of 2021, recently perform a breathtaking slot on the Jimmy Fallon Show, and cover the likes of Dazed, NME, Wonderland, Mixmag and ES Magazine. An artist just as comfortable collaborating with fellow British rappers such as M1llionz, Backroad Gee and SL as he is with working with FKA Twigs, jazz virtuoso Yussef Dayes and black midi's Morgan Simpson (not to mention high end brands like Prada, Burberry and Givenchy), Pa Salieu is a potent artistic force unlike any other before him.

Pa Salieu on being nominated for the Rising Star Award:
"I am very grateful to be shortlisted for this BRIT award. Love & blessings every time! Thanks to everyone supporting my journey so far."

Releasing her critically-acclaimed debut album 'SAWAYAMA' in the height of a global pandemic was a brave decision for Rina Sawayama to make, however her leap of faith paid off in leaps and bounds. The much applauded album has amassed over 100 million worldwide streams since release and ranked in over 50 album of the year lists for 2020, including the New York Times (#2), The Guardian (#3), Dazed (#2), Rough Trade (#3), Rolling Stone (#6), Vogue (#14), NME (#7) and a prominent feature in the BBC's Albums of the Year. Last year saw Rina grace the covers of many magazines but her place as a true pop star was cemented at the end of 2020 when she made her TV debut performing single XS on The Tonight Show Starring Jimmy Fallon. For Rina, no genre is off-limits and it's this daring attitude that's seen her hailed as the 'future of pop' and join the upper echelons of left-field pop's current premier league, a move further augmented via multiple sold out shows and a highly-anticipated headline tour in 2021.

Rina Sawayama on being nominated for the Rising Star Award:
"I literally fell to the floor when I found out that I'd been nominated for Rising Star. I really can't put into words how much this means to me given that I wasn't eligible for this award a few weeks ago and now that door has been opened for future generations of artists like myself. Thank you so much to everyone who voted for me, it means the world."

The winner will be announced on Friday 19th March and there will also be more exciting updates in the weeks leading up to the big night, which is now at a later date than usual - Tuesday 11th May!